Installing the 2014 Release of Creative Cloud 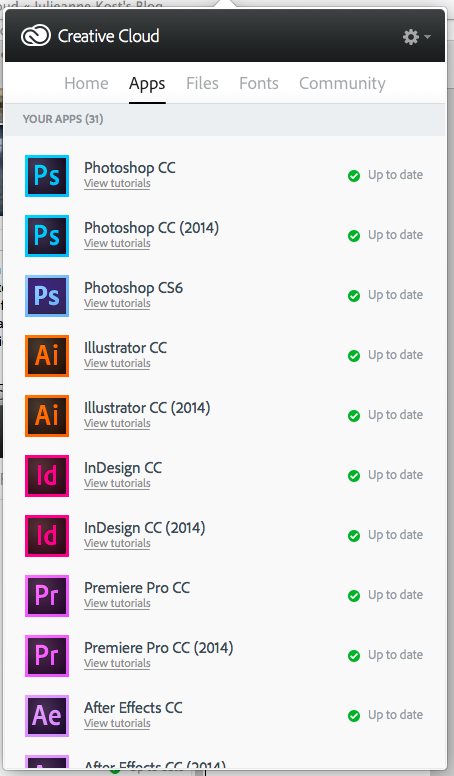 If you're a Creative Cloud subscriber, you may have noticed that your Apps list now looks like this after installing yesterday's "updates."

As Adobe's Julieanne Kost explained in her blog, "Most of you are probably noticing that when you install the 2014 release of Creative Cloud (Photoshop, InDesign, Premiere etc.), via the Creative Cloud desktop app, you’re actually installing NEW versions of the application. Yes, that’s correct, the new 2014 versions of CC apps will be installed in addition to (and can run along side of) the previous CC versions (they will not replace them). So, unlike the past few updates, the 2014 release will install a new, stand-alone version of most applications – such as Photoshop, InDesign etc.), and that’s also why it lists them separately in the CC desktop app). The fact that the 2014 release of Photoshop is a separate install might be why some of you aren’t seeing your custom plugins etc. that you might have installed with Photoshop CC."

Now, I like to keep the different versions installed. But if you don't, and want to just have the latest version installed, this post explains what to do.
Posted by Jim Hoerricks at 9:00 AM