This is a practical course on Amped Five.

Expectations and Goals:
Graduates will acquire basic level training in the techniques and skills necessary to perform examinations, clarifications, and analyses on digital multimedia evidence in a “forensic science” setting as well as to package, deliver, and present those findings in their local courtroom context. The focus on this course is practical usage of FIVE for forensic video and image analysis.

This just in from SWGDE:

The Scientific Working Group on Digital Evidence (SWGDE) is pleased to announce the posting of the following four new draft documents for public review and comment at https://www.swgde.org/ documents/Released%20For% 20Public%20Comment

In accordance with SWGDE policy, draft documents will be posted for a minimum of 60 days for public comment. The first page of each draft document gives instructions on how to submit feedback to our Secretary via an email to secretary@swgde.org All feedback received prior to our next meeting in June 2015 will be reviewed by the appropriate subcommittee at that meeting.

At the conclusion of our last meeting, SWGDE voted to re-release the "SWGDE Establishing Confidence in Digital Forensic Results by Error Mitigation Analysis" document as an Approved version 1.5 making some minor grammatical/stylistic changes to it. However, as noted on the cover page of all our documents, "SWGDE encourages stakeholder participation in the preparation of documents. Suggestions for modifications are welcome and must be forwarded to the Secretary in writing at secretary@swgde.org"

All approved documents are available for download on the Current Documents page of the SWGDE website: https://www.swgde.org/ documents/Current%20Documents

We appreciate your participation as SWGDE continues its mission to bring together organizations actively engaged in the field of digital and multimedia evidence to foster communication and cooperation as well as ensuring quality and consistency within the forensic community. Anyone interested in receiving regular updates via email is encouraged to sign up for the SWGDE NewsBytes newsletter here: https://www.swgde.org/ newsletter/newsletterSignUp

A big update to Amped FIVE

Amped Software announced a big update today. Along with some bug fixes, this update includes batch conversion, fish eye correction, and a few other niceties. If your support contract is current, use the feature in the Help menu to check for the latest update.

Enjoy.
Posted by Jim Hoerricks, PhD at 11:00 PM No comments: 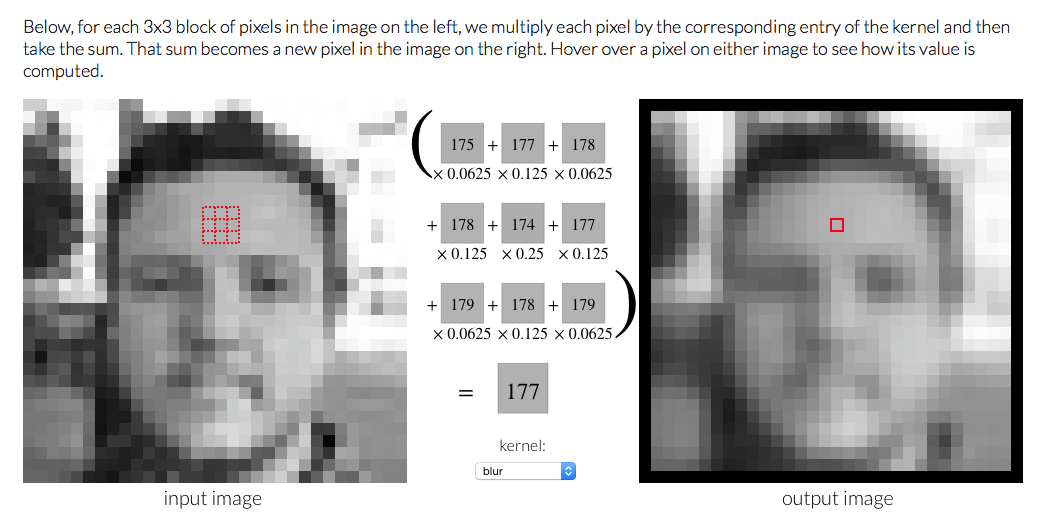 Here's a cool page that interactively demonstrates and explains how image kernels work.
Posted by Jim Hoerricks, PhD at 12:30 AM No comments:

Facial recognition technology: How well does it work?

This just in from the BBC: "The revelation that police are holding a database of around 18 million mugshots has provoked an examination of the balance between civil liberties and catching criminals. But how effective is the technology?

Not as good as many people think, according to the Metropolitan Police officer in charge of the force's central forensic image team.

The system used by the force works by taking measurements between various points on people's faces in order to build up a picture of what they look like.

That is then matched against two databases - one holding mugshots taken of people who have been arrested and the other containing images from outside sources, such as CCTV.

The main problem, Det Ch Insp Mick Neville told the BBC, is that most images are not of a good enough quality to produce any sort of match.

"With the vast majority of CCTV images, it will not work - in 18 months, we have had fewer than 10 hits."

That did not compare well against human performance. Mr Neville said he recently brought 90 "super recognisers" - people who are particularly adept at facial recognition - to Scotland Yard. "We had the best part of 300 IDs over three evenings," he said.

He added that, of the 4,000 images loaded on to the database following the 2011 London riots, only one has actually been matched to a person.

He was speaking after BBC Newsnight reported that many of the people whose images were being held by the police were innocent."

Continue reading the article by clicking here.
Posted by Jim Hoerricks, PhD at 10:00 PM No comments:

I've been working on some videos to help folks working in image analysis - some special cases - working with Amped FIVE and a few other tools. Stay tuned. I'll post them here and over on my YouTube channel.

If you have any special requests for techniques, or to highlight a particular tool/filter, let me know.
Posted by Jim Hoerricks, PhD at 6:12 AM No comments: