Right to Silence and the collection of evidence

When I retired from police service, I had spent a third of my life working for the LAPD. One of the questions that someone with my resume will eventually face is the balance of case types worked, the implication being that I would have mostly worked for the prosecution of criminal defendants. But, in Los Angeles County, there's an over 90% plea rate. In reality, I worked on the major criminal cases about 50% of the time, with the remainder working in the defence of the my self-insured city. I've also worked in the defence of officers falsely accused of perjury (People v Abdullah) and have donated a lot of time for case review in support of Innocence Project type cases.

If you're an American, you will be more familiar with the Miranda warning than the warning shown above from the UK. But, I think the Miranda warning, and the 5th Amendment in general, is setting people up for failure in successfully defending themselves in court (assuming they're innocent of all charges). Here's what I mean.

Americans generally believe that it's up to the State to prove guilt. Whilst this is true in theory, there are so many stories about innocent people pleading guilty to charges based on a "risk assessment" that they make about their potential to succeed at trial. The Prosecution has their theory of a case. The State's investigative might has been focussed on the Prosecution's theory in the collection of evidence. They're not necessarily concerned with the collection of alibi evidence for you. They may stumble upon potentially exculpatory evidence, but that's not their job - it's yours.

This is where I think the UK's standard admonition is more honest. Sure, you have the Right to Silence. But, by remaining silent, you may actually harm your defence.

If you are innocent, you know where you've been, with whom you've associated during the time in question, places you've visited, and etc. Your defence team must begin it's own evidence collection process. Your movements throughout the day all leave traces - the store, the gas station, the coffee shop, highway tolls, and etc. There's very little about one's life these days that isn't tracked or recorded. In addition to CCTV video of you going about your day, your phone has likely recorded even more details about where you've been and what you've been doing. Now, there's even the personal home assistants like Alexa and Siri that can serve as a witness to your movements.

All of this data must be preserved. However, the average person doesn't have the resources or the know-how to collect and preserve digital evidence properly. Some items, like cell tower logs, may require a warrant to acquire. You must have a capable and aggressive lawyer working on this for you.

I'm here to help. I've seen all sides of this and have been working on standards for digital evidence collection and processing for well over a decade. I've taught classes to public and private audiences on this as well (click here for more info).

Yes, in the US we have the presumption of innocence. But, the best defense is a good offense. You must go on the offense and collect the evidence that proves your innocence. The evidence shows that it will harm your defence if you don't.

Posted by Jim Hoerricks, PhD at 8:41 AM No comments: 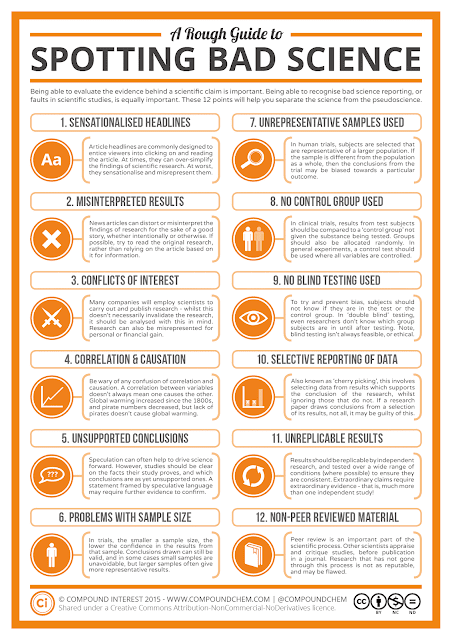 A relevant infographic from Compound Interest.

Posted by Jim Hoerricks, PhD at 7:09 AM No comments: 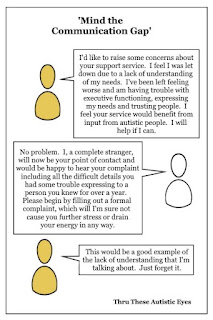 I received a panicked email and phone call last week that can easily be summarized by the graphic above. Yes, there are still vendors selling to the police services that don't understand or accommodate the agencies needs or schedules.

As most in government service know, often the ability to spend money on tools and training happens within a short window of time. Such a window had opened for this person and they reached out to a company in response to a bit of marketing on new redaction functionality in a particular piece of software.

In the email that was shared with me, the requestor made it clear that they wanted to redact footage from body worn cameras. A trial code was shared for the company's tool. The requestor eagerly downloaded and installed the software, then assembled his supervisors and stakeholders to evaluate the new software. That's when the problems began.

Redacting the visual information was relatively straight forward, but cumbersome. However, he couldn't figure out how to redact the audio portion of the file. He reached out to the company's rep. Unfortunately, it was late on Friday in California. He received no reply from the company's rep, who'd likely gone home for the weekend. Thus, having previously communicated with me on technology issues, he reached out hoping that I'd still be around.

I let him know that to the best of my knowledge, none of Amped SRL's products redact audio. Yes, they'd promised audio redaction in FIVE at the 2016 LEVA conference. But, it's never materialized. As it's not been developed, it's quite likely that there is no audio redaction functionality in Replay.

He received a note from the sales rep on Monday. It informed him that the redaction functionality was built around a CCTV use case, and as such, did not concern itself with audio. The order taker that responded to the inquiry could have saved the requestor a ton of time and stress by simply reading the request - redaction of BWC footage - adding a helpful disclaimer in the reply that the tech doesn't redact audio.

Redaction remains a huge issue in California. Agencies are looking for a quick fix, but no easy solutions have presented themselves. The marketing from Amped seemed to provide a glimmer of hope to the requestor. But those hopes were dashed when the advice from the order taker, three days late, was that there is no single redaction solution - which isn't entirely true.

As I informed the requestor on Friday evening, the Adobe Creative Suite has all the necessary tools to perform a standards-compliant redaction for California's new laws. The automatic tracking in PremierePro is the best currently available. Plus, at $52.99/month, the cost savings is substantial vs. FIVE or Replay.

Given that the requestor had until 1700 PDT to spend the allocated funds, not receiving a reply until the following Monday was not an option. Thankfully, I was able to answer his questions and get him on the right path. Next stop for him is my redaction class, featuring the Adobe tools (link).

Have a great day friends.
Posted by Jim Hoerricks, PhD at 10:03 AM No comments: