The S-FIVE project will organize an international workshop about Forensic Image and Video Enhancement on June 15-18, in Brussels, Belgium. The maximum number of participants to this workshop will be limited, but EU attendees can be partially funded by the Prevention of and Fight against Crime Programme, European Commission - Directorate-General Home Affairs (through the ENFSI Monopoly 2011 Programme).

The S-FIVE webpages will continue to evolve further, but:

More details on how to apply for (funded) participation to the workshop are now available via the S-FIVE project website.

The S-FIVE project is a project funded by the Prevention of and Fight against Crime Programme;
European Commission - Directorate-General Home Affairs, through the European Network of Forensic Science Institutes (ENFSI) Monopoly 2011 programme "Improving Forensic Methodologies across Europe" (IFMAE).
Posted by Jim Hoerricks, PhD at 12:14 PM No comments:

After many years of pushing up against the behemoth that is Amazon, my publisher and Amazon are finally at the point of reasonableness. Thus, it is with a bit of nervousness that I announce that my book, Forensic Photoshop, will be available for purchase exclusively on Amazon.com starting next week.

I realize that the book has been in print for quite a while. But, if you stop to consider that the way law enforcement uses Photoshop hasn't changed since the book came out ... it's still relevant. It's not a collection of tips and tricks. It's not based on a specific version of Photoshop. It's a book about workflow; and the workflow hasn't changed.

I appreciate all of the support. I never imagined that the book would do so well. Stay tuned for the official Amazon links to get your copy, if you haven't already.

Enjoy.
Posted by Jim Hoerricks, PhD at 2:30 AM No comments:

I know folks like to build their libraries. But, it can get expensive. Recently, I came across this free web version of Prandoni & Vetterli's Signal Processing for Communications. They also have a PDF version available for free downloading. This page offers their reasoning for offering their text for free, along with a link if you'd care to donate to support their cause.

Enjoy.
Posted by Jim Hoerricks, PhD at 11:00 PM No comments:

KUWAIT CITY: The Council of Ministers has approved the draft law which has been submitted by the Deputy Prime Minister and Minister of Interior Sheikh Mohammad Al- Khalid for the installation of security surveillance cameras, reports Al-Anba daily.

The daily added, during the first phase 15 cameras will be installed at vital places and this exercise will be followed by the installation of cameras at other places as the need arises. According to the draft law, the owners of these so-called vital places will be obliged to install security cameras with a capacity of storing data for not less than 120 days.

The draft law stipulates three years imprisonment for any person found tampering with the recorded data by the surveillance cameras, for not saving the data or publishing any of the contents. Sources said what is recorded by these cameras shall be considered tangible proof in the event of any crime, assault or theft.

According to the draft law these cameras must also be installed at hotels, banks, and sports and cultural clubs, youth centers, entertainment centers such as recreational parks, shopping malls, commercial complexes, residential complexes, and banks, jewelry shops, jewelry stores, hospitals, clinics, and motels."

Notice the glaring omission? No hint about standards. You can't balance an equation by working just one side of the equal sign.
Posted by Jim Hoerricks, PhD at 12:30 AM No comments:

This just in from Richard Boddington at TheConversation.com: "Forensics is changing in the digital age, and the legal system is still catching up when it comes to properly employing digital evidence.

Broadly speaking, digital evidence is information found on a wide range of electronic devices that is useful in court because of its probative value. It’s like the digital equivalent of a fingerprint or a muddy boot.

However, digital evidence tendered in court often fails to meet the same high standards expected of more established forensics practices, particularly in ensuring the evidence is what it purports to be.

To continue reading this article, click here.
Posted by Jim Hoerricks, PhD at 2:30 AM No comments:

I received the following invitation from the S-FIVE project team. They've asked that I share the information here.

With this e-mail the S-FIVE project team wishes to invite you to participate to its:

The exercise consists of four subparts related to:
Image extraction, Focal and Motion Deblur, and Superresolution.

The final deadline for submission of results will be Fri., April 24.

Please feel free to forward this e-mail to any colleagues, tool vendors or academic contacts that may be interested in participating to this exercise.

The S-FIVE project is a project funded by the Prevention of and Fight against Crime Programme;
European Commission - Directorate-General Home Affairs, through the European Network of Forensic Science Institutes (ENFSI) Monopoly 2011 programme “Improving Forensic Methodologies across Europe” (IFMAE).

Enjoy
Posted by Jim Hoerricks, PhD at 8:00 AM No comments:

The folks over at DME Forensics announced the impending beta of their newest adventure, Vehicle Examiner. It seems, from the announcement, that they've taken the Digital Automotive Image System and given the concept a bit of modernization. But, unlike the DIAS, I doubt that Vehicle Examiner will be free to law enforcement.

If you're interested in getting involved in their upcoming beta program, head over to the Vehicle Examiner web site and sign up for their newsletter.
Posted by Jim Hoerricks, PhD at 10:00 PM No comments:

Yes, you read the headline correctly. Hertz is putting cameras in their rental cars. But, they say that they have no plans to use them ... whatever that means.

Check out the details from Fusion.net.
Posted by Jim Hoerricks, PhD at 1:30 AM No comments:

This is a collection of web-based tools for calculations that are related to HDSLR video or cinema. 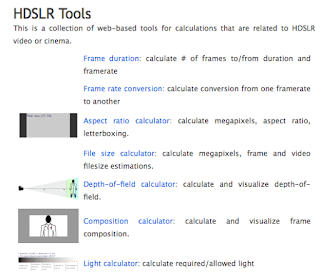 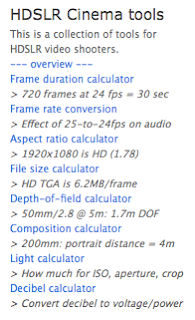